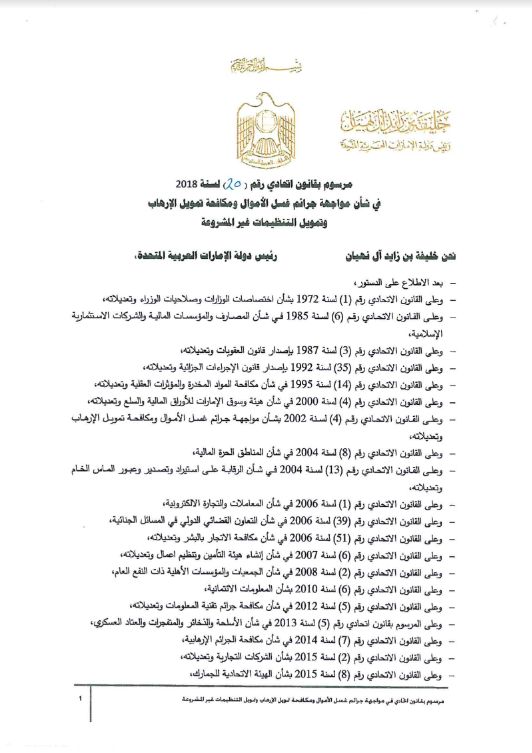 Federal Decree-Law No. 20 of 2018 was issued by the President of the United Arab Emirates on 23 September 2018. This Decree-Law defines the acts that are considered as crimes of Money Laundering, Financing Terrorism, and Financing Illegal Organization; it deals with the establishment of an independent “Financial Intelligence Unit” (FIU) and the establishment of the "National Committee for Combating Money Laundering and the Financing of Terrorism and Illegal Organisations", it also sets the Penalities applied to any person who commits or attempts to commit any of these crimes.