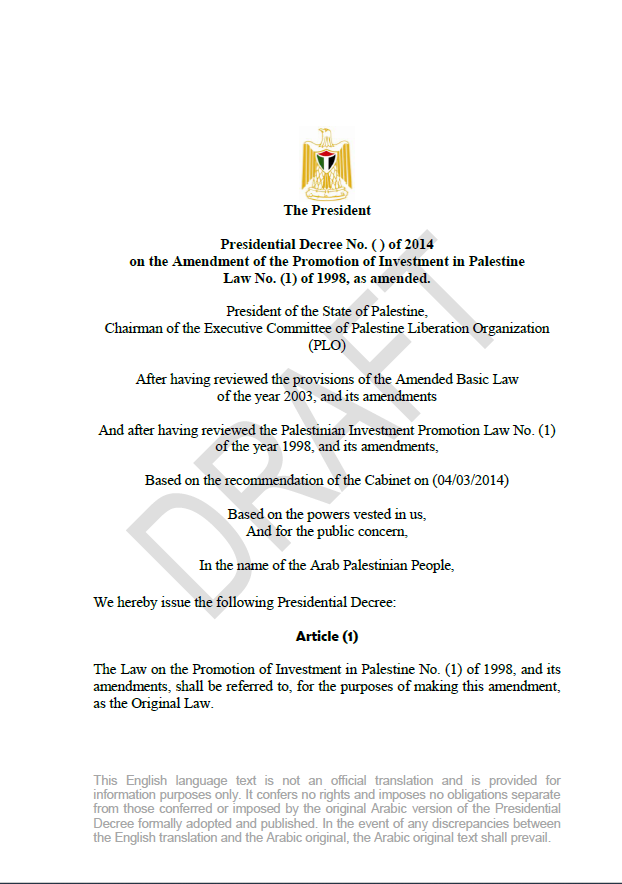 Decree 7 of 2014 Amending Law 1 of 1998 on Investment Promotion was established based on the president of the Palestinian national authority decision on 11 Mar 2014 and published on 28 May 2014 in the official gazette. It is an amendment and an update to the previous investment promotion law No. 1 of 1998.