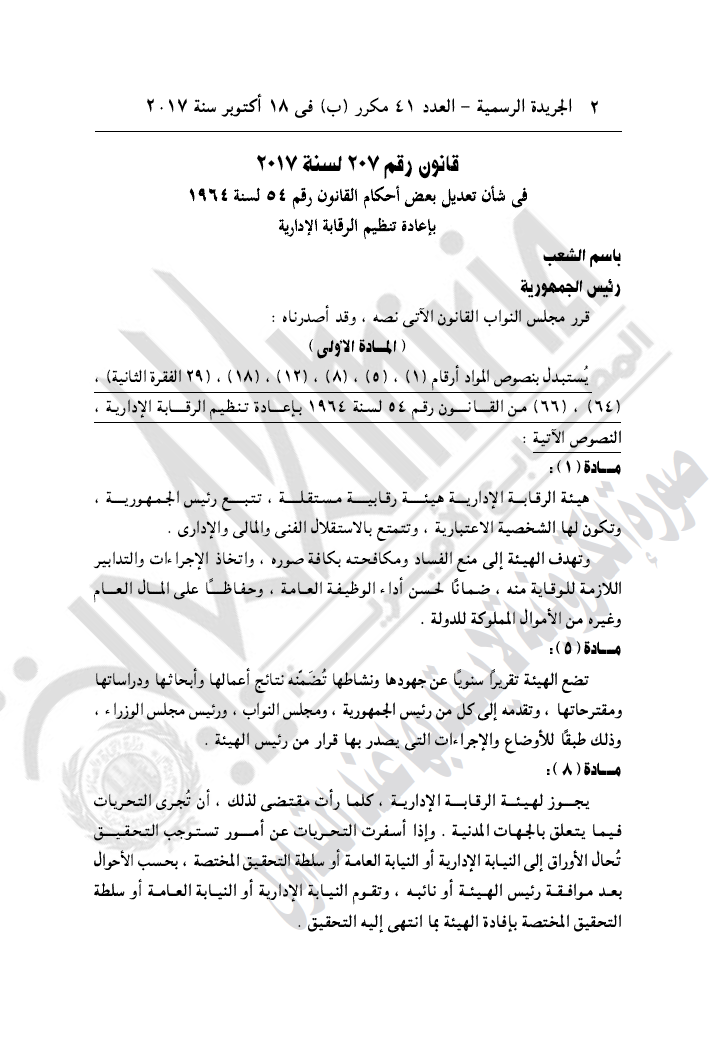 Law 207 of 2017 was issued by the President of the Republic on 18 October 2017 and published in the official gazette on 18 October 2017. This Law substitutes and cancels some provisions of Law No. 54 of 1964 related to the reorganization of administrative control. Most of the new provisions deal with the structure of the Administrative Control Authority and its members.