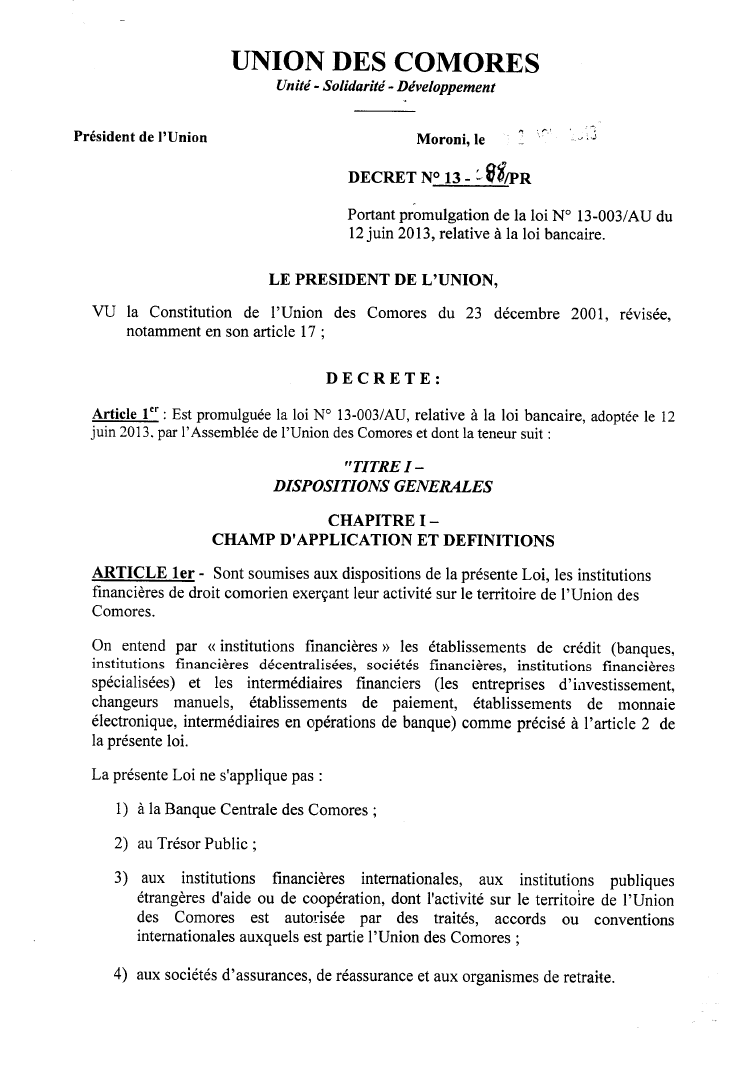 Decree No. l3- /PR of 2013 was issued by the President of the Union on the second of August 2013. This Decree promulgates Law No. l3-003/AUT adopted by the assembly of the Union of Comoros on 12 June 2013 . This Law is related to the banking Law , its provisions are applied to the financial institutions under Comorian law exercising their activity on the territory of the Union of
Comoros.