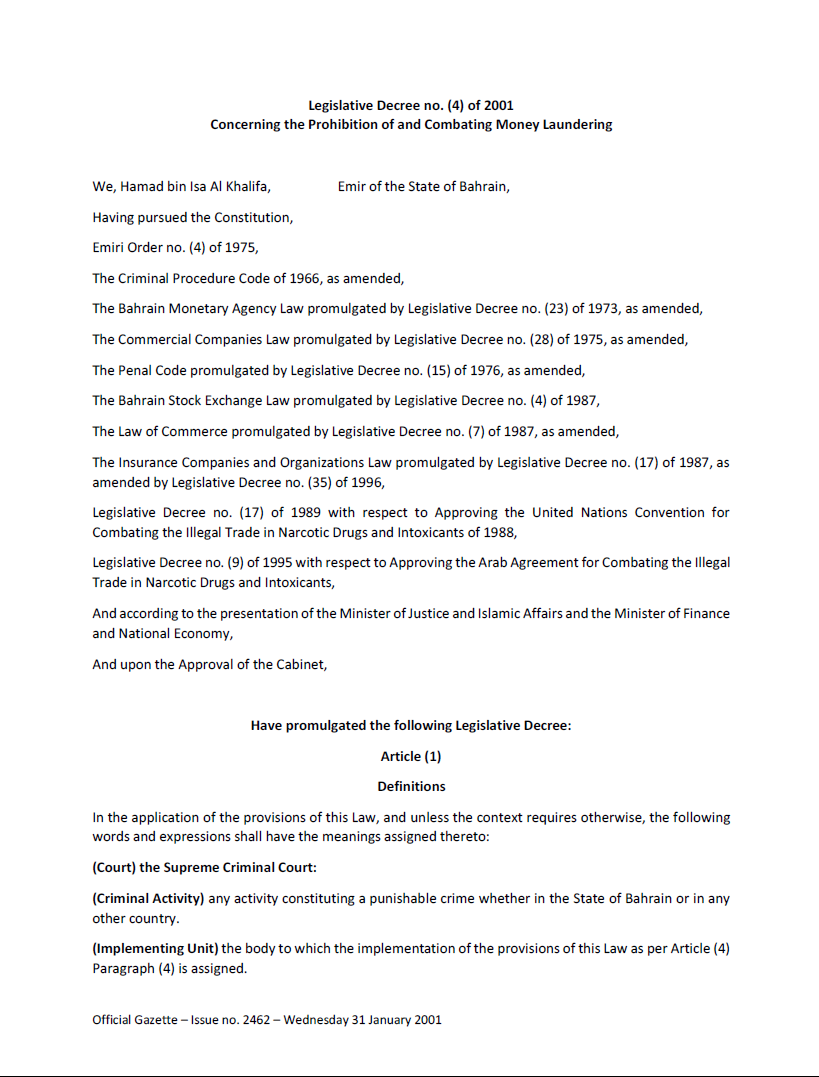 Legislative Decree No. 4 of 2001 was issued by the Prince of the Kingdom of Bahrain on 29 January 2001 and published in the official gazette on 31 January 2001 . This Decree deals with the Prohibition of and Combating Money Laundering. It defines what acts are considered as a Money Laundering Crime , the penalities, and investigation procedures.