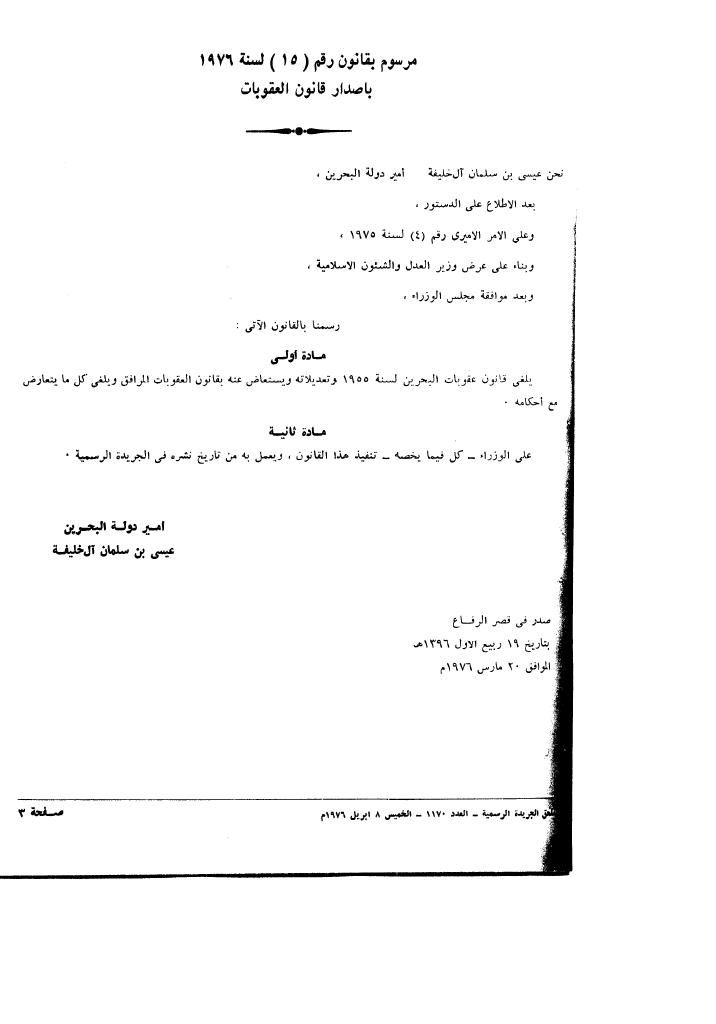 Law 15 of 1976 was issued by the Prince of the Kingdom of Bahrain on 20 March 1976 and published in the official gazette on 8 April 1976. This Law abolishes the 1955 Penal Code and its amendments and everything that goes against its rules. Law 15 of 1976 deals with the punishments applied to every citizen or foreigner who commits an act affecting the external or internal security of the state.