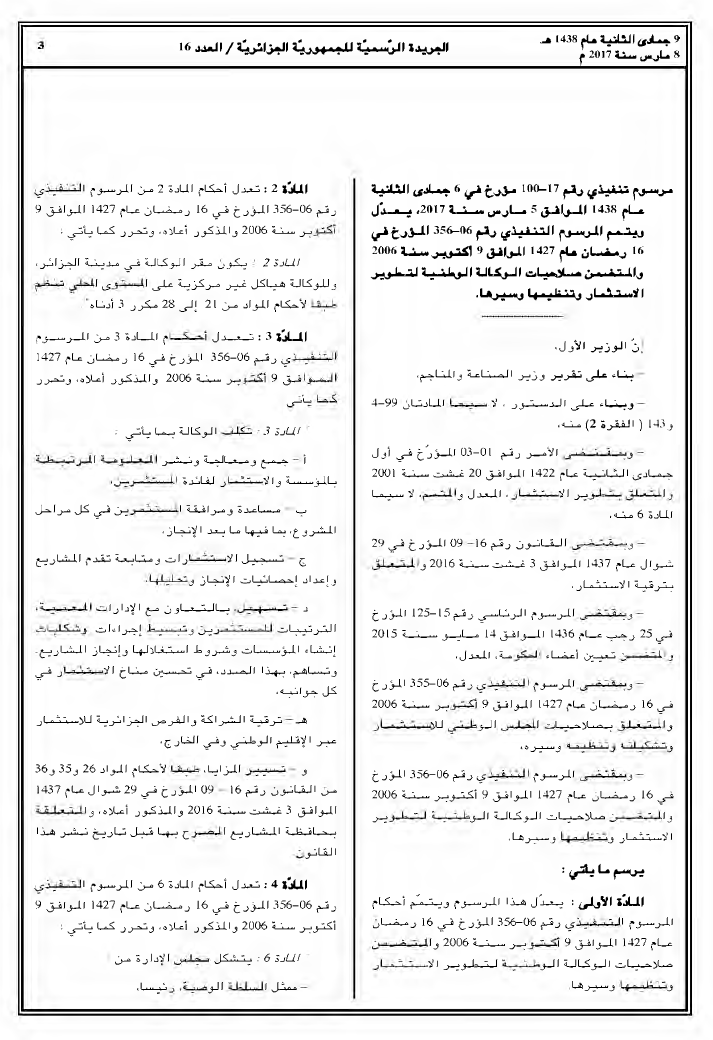 Decree 17-100 was issued by the Prime Minister on 5 March 2017 and published in the official gazette on 8 March 2017 . This Decree modifies and completes the executive decree 06-356 established on 9 October 2006 and that deals with the powers, organization and functioning of the National Agency for Investment Development.